He was a rebel in a rebel’s world, though. Johnny Ramone was afiercelyRepublican-voting, NRA-supporting musician in a milieu that is remarkable for its embrace of all things left.

Johnny went worldwide public with his partisanship in 2002, when the Ramones were inducted into the Rock and Roll Hall of Fame. At the microphone to give props to the people who made it all possible, he offered his own version of a Michael Moore moment. "God bless President Bush, and God bless America," he said, clad in his trademark T-shirt, ripped blue jeans and leather jacket. "I said that to counter those other speeches at the other awards," Mr. Ramone says in a phone interview. "Republicans let this happen over and over, and there is never anyone to stick up for them. They spend too much time defending themselves." His list of favorite Republicans should humble the Republican National Committee, or at  least get him invited to a GOP fund-raiser: Ronald Reagan, Richard Nixon, Charlton Heston, [actor and close friend] Vincent Gallo, Ted Nugent, Messrs. Limbaugh and Hannity, Arnold Schwarzenegger, John Wayne and Tom DeLay.

He relishes agitating his left-wing peers — and has since the band started in 1974. "Oh yeah, they really get upset," Johnny says. "I remember in 1979 doing an interview for Creem magazine with [famed rock and roll scribe, now deceased] Lester Bangs and telling him that Ronald Reagan will be the next pre

sident. He was really mad that I liked Reagan, who was the greatest president of my lifetime. So I turned it around on him and asked to see his commie card. In fact, ever after that, I would ask him for his card. I think he had one, really."

Johnny got a bad rap for being a Republican. As if being in a rock and roll band  means you MUST OBEY certain rules and vote and think about politics in a certain, accepted, left-wing manner? Sorry. Johnny never took any crap and didn’t believe in bullshit, so he was not shy about being a Republican. A lot of people who knew him suspected that this might have been more posture than politics, but Johnny never let on that his views were anything but sincere. 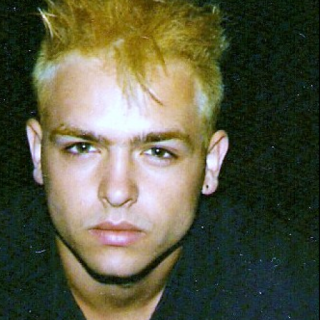